On Sept. 20, youth in the United States and more than 100 other countries will be leading a global climate strike, demanding further action from world leaders to address climate change. The protests are scheduled in advance of the UN Climate Action Summit, where representatives from government, business, academic, arts, and non-governmental organizations will convene in New York City.

But do climate protests help or hinder the movement to address climate change? Nathan Geiger, an assistant professor of communication science at Indiana University’s Media School and a sponsored faculty of IU’s Prepared for Environmental Change Grand Challenge, has studied public perception of recent climate protests, including the People’s Climate March in 2017, which attracted an estimated 200,000 demonstrators to Washington DC.

Geiger spoke with the ERI Explainer about his research and the effect climate protests have on the public. 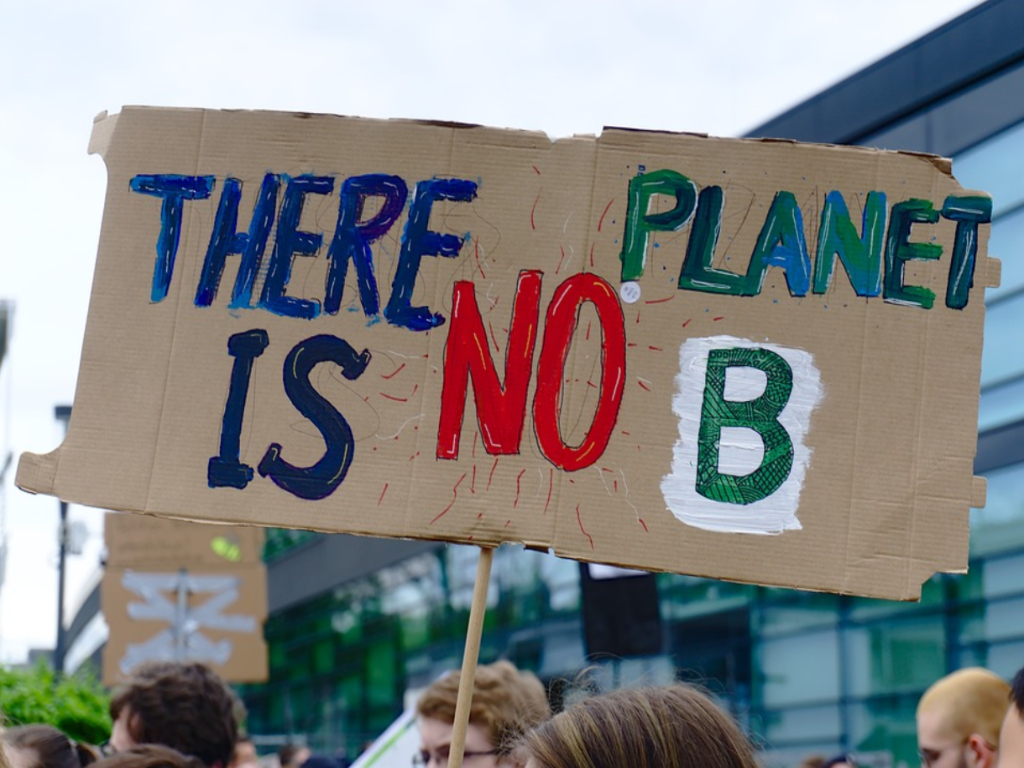 The Explainer: You have looked at past climate change marches, their portrayal in the media and effects on bystanders. Do these types of demonstrations actually accomplish anything?

Geiger: Our previous work spoke to both the potential benefits and limitations of a specific set of marches that we looked at, the March For Science and the People's Climate March back in 2017. We collected a survey before both of those demonstrations, then we collected a survey right afterwards and made the assumption that any changes in the survey responses would have been due to news coverage related to those marches.

What we found with those marches was that they seemed to have some positive outcomes, which we know are positively related to climate engagement. But the marches also didn't necessarily have a positive impact in every way that the organizers might've hoped.

The Explainer: What were the positive outcomes that the marchers achieved?

Geiger: We found that media coverage of these marches had a kind of depolarizing effect on the public, meaning people who consumed conservative new sources had a more positive impression of the climate movement after the marches and the people who consumed liberal news sources maintained a positive opinion. The perception difference between those two groups essentially went away after the marches. That was a bit surprising. It was the people consuming the conservative news sources that actually changed the most pre- to post-march.

The Explainer: Does this mean climate protests are an effective strategy for spurring change?

Geiger: Our work suggests that it can be an effective strategy, in part because the marches appeared to reduce negative stereotypes about climate advocates. However, we found the 2017 marches had some limitations that I think suggest a direction for improvement. Contrary to our expectations, we did not find that people perceived engaging in collective action to address climate change as more normative. In other words, they didn't perceive this as “a common thing that people who are like me do."

One thing these future marches could benefit from is for the people organizing the march to work really hard to show bystanders that they are similar to the people engaging in the march. That could be through publicizing images with people's friends and family on social media or working on some sort of impression management goals to really connect with bystanders. There's a variety of different strategies to address that. Ultimately, showing that this kind of action is a common thing that average people do would go a long way.

The Explainer: What role does our highly fragmented media landscape play in influencing people’s perceptions of these movements?

Geiger: It’s hard to say. We didn’t look at the media coverage itself just the people who consumed the news. One possible explanation for the fact that people consuming conservative media perceive the marchers more negatively at first could be the coverage, but we can't say for sure.

The Explainer: The Global Climate Strike is a little different than the marches you studied in 2017. First, the strike is being led by youth. Second, organizers are encouraging people to walk out of school, take a day off work, and possibly engage in some form of civil disobedience. What kind of effect could this have on public perception?

Geiger: I would imagine that there's going to be a number of different ways that the people engaging in the climate strike are portrayed, perhaps by different media who are interested in portraying them in different ways or based on what seems to make a good story.

On one hand, there's going to be a lot of children potentially engaging in this. They might be portrayed as being naive or not really knowing what they're talking about. But on the other hand, there's research suggesting that children are often the people that are most likely to be able to persuade adults that climate change is an important issue. It will be really interesting to see whether these televised images of young people will have that same effect.

The ERI Explainer poses questions on environmental change and resilience to IU experts. Got a question for the Explainer? Send an email to eri@iu.eduwith “Explainer” in the subject line.