Recent surveys in Indiana and nationally have shown that people significantly underestimate the percentage of Americans who believe climate change is happening. This misperception poses a barrier to discussion on the topic and leads to self-silencing, according to research by Nathan Geiger, an assistant professor of communication science at Indiana University’s Media School and a sponsored faculty of IU’s Prepared for Environmental Change Grand Challenge.

Is there any way to break through the silence? Geiger spoke with the ERI Explainer about why these barriers might exist and how to overcome them. 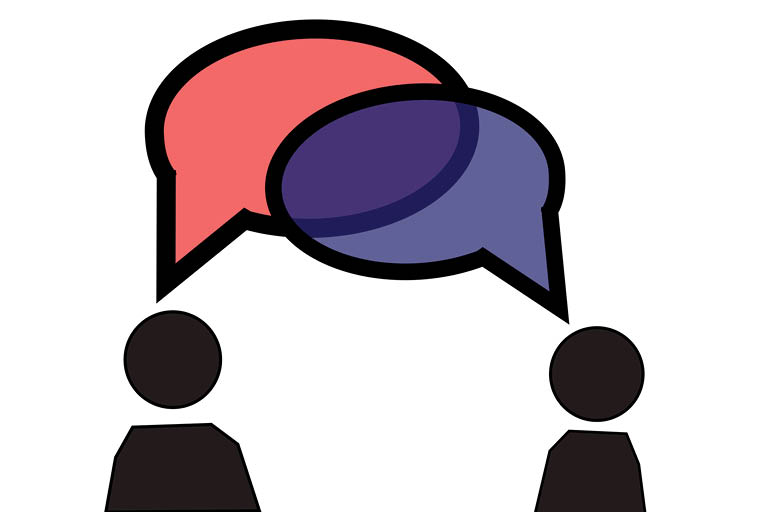 The Explainer:We know that Hoosiers, like many Americans, underestimate how many of their neighbors believe climate change is happening. Do you have any theories about why this perception gap exists?

Geiger: This is a fairly common phenomenon. One of the first studies I saw about this was in Australia. It showed there are more people concerned about climate change in Australia than other Australians tend to think.

One explanation for what might be behind this is the “Spiral of Silence” theory. This theory essentially suggests that there are situations in which we underestimate the extent to which other people agree with us on topics, and, because we underestimate agreement, we don't share our opinion. This becomes a self-reinforcing spiral where, because we don't share our opinion and remain silent, nobody knows how common the opinion is.

Geiger: I think there's probably a number of things going on. One big thing that matters is the social context: When and where do we view it as appropriate to hold these sorts of conversations?

In a lot of contexts, conversations about climate change may be viewed as too depressing or inappropriate. We saw this with our study of educators who work at zoos, aquariums and national parks.

Another potential reason for the lack of discussion is related to what's called the norm of self-interest, which is essentially this notion that it’s strange when people talk about things that are not related to their own self-interests. And so, when we talk about big issues like climate change that aren't perceived as something that directly affects us, other people see that as a weird thing to do.

The Explainer: It’s been said that talking about climate change can be one of the most effective ways an individual can influence others on this issue. What can be done to make people feel more comfortable talking to friends and family—or even publicly—about climate change?

Geiger: Our research has shown that one of the most powerful things to help people feel more comfortable talking about climate change is increasing their confidence in handling any barriers in conversation that might arise. So it’s both, "Do I know what I need to know to be able to talk about climate change?” and “Do I have the skills to be able to have a conversation about this?"

A lot of people see this as a complex scientific topic. They might feel they're unable to have a conversation. And so people perceiving that they have the ability to engage appropriately in these sorts of conversations can go a long way.

Additionally, in our work with educators working at zoos, national parks, and aquariums, we found that they were also concerned about boring people. They were like, "How do I talk to people in a way to make this engaging?"

The Explainer: Were you able to suggest any strategies to avoid these pitfalls?

Geiger: What we suggested to these educators was sort of a three-pronged strategy to improve the quality of climate change discourse.

First, start the conversation by connecting with visitors about a commonly shared value. That could be an abstract value, but it also could reflect something local that visitors would be likely to care about.

Second, it’s important to use analogies and metaphors to relate complex scientific topics to things that people already understand. For example, my collaborators found that using the term "greenhouse effect," is not a good metaphor. It's actually pretty confusing because many see a greenhouse as a nice place where plants grow. A more effective metaphor is a "heat-trapping blanket." It accurately conveys the fact that some carbon dioxide is good for our planet, like having a blanket on you during a cool night, but if you have too many blankets, even on the coolest night, you're going to start overheating.

The third strategy was basically impression management, to come across with a reasonable tone and not to be too alarmist when conveying climate change impacts.

The Explainer: Your work suggests that people respond better to optimistic messages, but the climate change problem is dire. How should one talk about the topic to move others to act without underplaying the reality of the problem?

Geiger: That's a difficult question to answer because, ultimately, there's no one size fits all approach. The local context of what you're talking about is really important, and what works well in some scenarios might not necessarily work well in other scenarios.

I would say the most important thing is to connect climate change to something local that people care about. The other benefit of this strategy is that it points out ways that they can get involved.

Ultimately, people need to be aware of the extent of the problem, and they need to feel hopeful about their ability to actually work with others toward solutions.